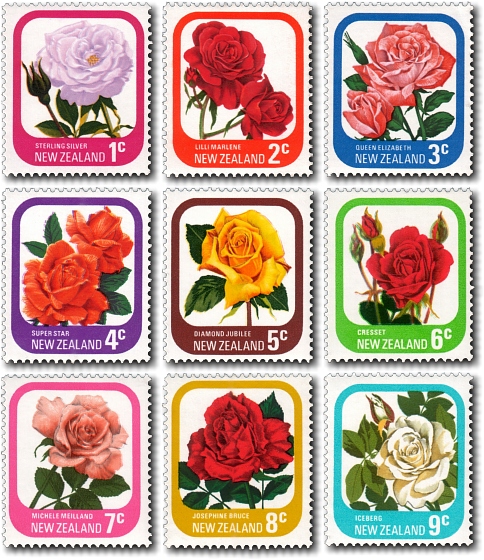 The set of Rose stamps covering one to nine cents were issued first on the 26th of November 1975. 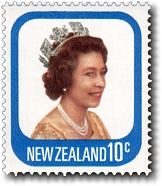 The Queen Elizabeth II 10 cent stamp was issued on the 23rd of February 1977 to cover new postage rates. The portrait was taken at the Queen's Silver Jubilee.

The four Maori Artifact stamps were issued on the 24th of November 1976. They feature the four artifacts collected by Captain Cook on his voyages of discovery to New Zealand. 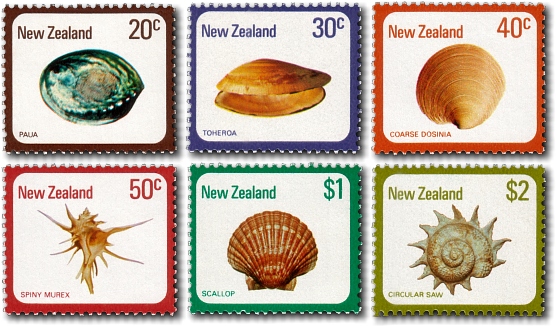 The New Zealand seashells were issued on the 29th of November 1978. 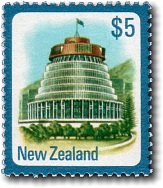 Note: some catalogues include the $5 1981 Beehive Definitive stamp as part of this issue but we have listed it separately.

Note: Four of the stamps from this issue were surcharged in 1979 to cover postal rate increases - these stamps are listed separately under the 1979 Provisional Overprints issue.
Bibliography
If you have any questions or comments please contact us - we'd love to hear from you.
Catalogue · 1974 · 1975 · 1976
Order Form · Currency Converter
Privacy Policy · What to Expect
Contact Us · Links