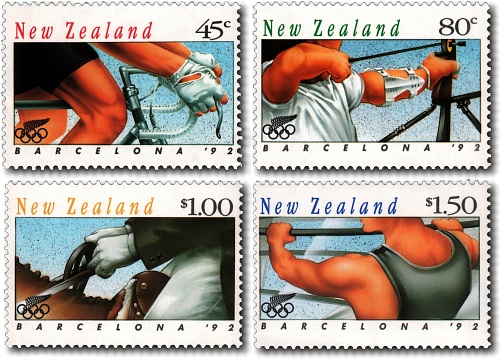 This issue commemorated the 1992 Summer Olympic Games (the Games of the XXV Olympiad) which were held in Barcelona, Catalonia, Spain. This was the first Olympics that South Africa was allowed to compete in after a long suspension for their apartheid policy and the first Olympics that a reunified Germany and dissolved Soviet Union competed in.

A competition to design an Olympic stamp was won by Sheryl McCammon of Invercargil. This stamp was issued a month earlier and is listed separately under the 1992 Olympic Design A Stamp Competition Winner issue. 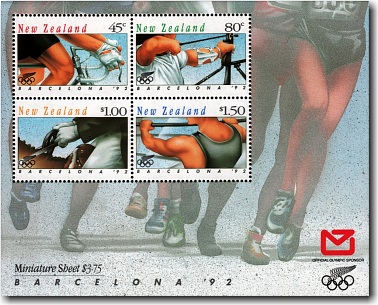 The Postage Stamps of New Zealand Volume VIII
Edited by B. G. Vincent FRPSNZ
Published 1998 by The Royal Philatelic Society of New Zealand Incorporated (ISSN 0-9597883-1-X)
Pages 222 - 224, 257
If you have any questions or comments please contact us - we'd love to hear from you.