2008 The Chronicles of Narnia: Prince Caspian 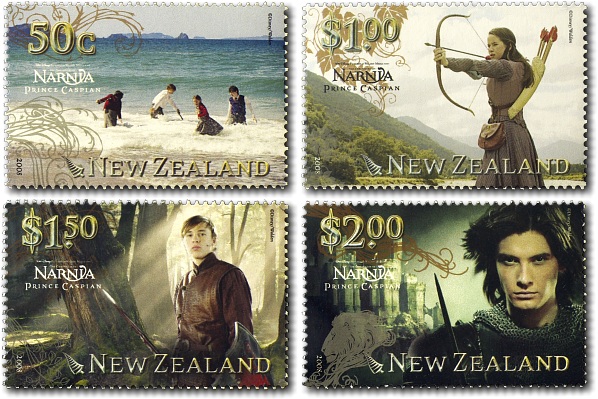 Filming began in February 2007 in Auckland. The scene where the Pevensies return to the ruined Cair Paravel was shot at Cathedral Cove. The filmmakers chose this location because it has a tunnel-like arch, which echoes the train tunnel the children go into before being summoned back into Narnia. However, unlike the first film, the majority of the film was shot in Central Europe because of the larger sets available.

The Postage Stamps of New Zealand Volume X
Edited by B.G. Vincent FRPSNZ
Published 2013 by The Royal Philatelic Society of New Zealand Incorporated (ISBN 978-0-9876534-3-7)
Pages 173 - 174
If you have any questions or comments please contact us - we'd love to hear from you.